A number of Special Event Stations will (or is already) in the air on the occasion of the 50th anniversary of the moon landing of Apollo 11, on July 20, 1969. The list of stations can be found in this post. 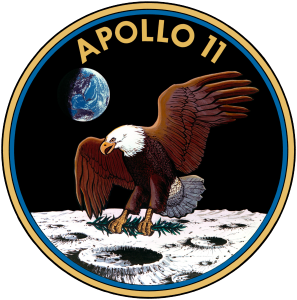 Apollo 11 was the mission of the Apollo program that put the first people on the moon. The crew of the Apollo 11 consisted of the astronauts Neil Armstrong , Michael Collins and Edwin “Buzz” Aldrin .

On 25 May 1961, President John F. Kennedy expressed his wish to have people land on the moon in the foreseeable future: “ I believe that this nation should commit itself to achieving the goal, before this decade is out, or man on the Moon and returning him safely to the Earth . “Translated into Dutch:” I believe that this nation must commit itself to the goal of having a man land on the moon before him and this decade safely back to Earth. “ 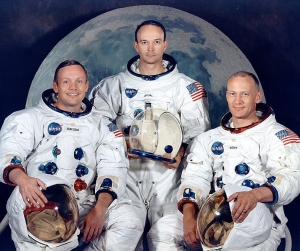 In March 1969, NASA decided that Armstrong should be the first person on the moon, partly because the leadership saw him as someone without a big ego. At a press conference on April 14, 1969, the design of the moon lander was given as the reason why it would become Armstrong; the hatch opened right inwards, making it difficult for Aldrin, whose working position was on the right in the moon lander, to leave the plane first. Furthermore, it was thought – viewed purely by protocol, that the captain should be the first to leave the lunar lander.